This is Hinako Kitano. 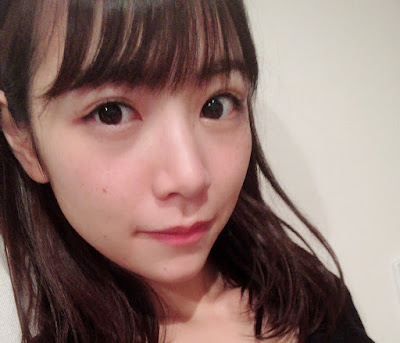 I made a brief appearance during the second day of 46 TV last month.

It had been a while since I appeared in front of all of you;
Same goes for meeting the staff.
But more than anything, apart from a few members like Iori and Minami whom I’ve been meeting with even during my hiatus, it had been a long time since I’ve met with the other members. I almost became bashful just by getting eye contact with them.
I couldn’t meet with the 3rd gen at all, and because the senbatsu members were busy in the studio, and the Under members were heading somewhere else by the time I arrived, I couldn’t actually see most of them.

Even so, Rena (Yamazaki) ran up to me just to say “bye bye.” It made me remember what a meddlesome person she can be, and how nice she is.
Junna sat down in my lap and we talked for a long time. It provided some peace of mind, and felt very nostalgic at the time.
Miria and Ranze held my back as I was hesitating about entering the studio.

It’s because of all the support I’m receiving from all of these people that I was able to appear on the show, even if it was only for a short duration.
46 Hour TV is a very important event for us in Nogizaka46
So being able to appear, if just briefly, means a lot.

The members of the staff had taken some precautions too in order to make the environment as inviting as possible for me. I’m really thankful to them.
It was fun!

Mahiro who graduated on March 31
It’s a shame I couldn’t meet you before your graduation.
But I’m sure we’ll be able to meet soon anyway
At that time, I want to do my best to make sure I can properly relay all my feelings of gratitude towards you.

The first time I was selected as a senbatsu member I had a hard time fitting in, but she would always call out to me whenever we were together;
When I couldn’t keep up with the choreographies, she would stay behind in the lesson room and teach me personally;
She’s helped me out a lot.

We spent a lot of time together as Unders, and Mahiro’s presence really made a huge difference, not just to me, but surely to the other members as well.

I’m a bit saddened by the fact that I won’t be able to be greeted by her voice anymore as I head for work, but I feel that she’ll continue to grow from now on, and I need to do my best in order to catch up.

Mahiro
Thanks for everything up until now. Keep in touch!


I’m still on hiatus, but because of some gentle pushing from both staff and members
I was able to make a minor appearance in the music video of the 2nd gen’s latest song “Scoutman.”

I’m not part of the actual song, nor do I join in on the dancing, so I won’t be in any performances from now on either.
Appearing for a brief moment in the music video is the best I can do right now.
Even so, I’m glad to have been able to take part in it.
I was told a lot of things during the recording

Stuff like
“Welcome back”
or
“We’ve been waiting for you”

Saying such nice things.
They’re all too nice. I love them.
While I’ll only be able to do it a little at a time
I want to repay everyone for their kindness.
I too want to protect this place I hold so dear
This place where people are waiting for me
Thank you.

Please keep supporting me from now on as well.

Why was she on hiatus?
Even now, in nogichuu she seems a bit tired :(